A downloadable game for Windows

Cax is a 2D platform that I created in GameMaker: Studio as part of my Game Design assignment for university, and I earned a very high grade for my accomplishment. Now that it's all done, I have decided it was time to upload it onto Itch.io for you to experience!

The content of the game isn't very big as there's only two enemies, three weapons, and a whopping two levels, but at the very least I have included appealing 2D graphics, and tried to make it as bug-free as possible. So consider this more as a demo than a full game.

Below is the readme I wrote giving a detailed overview of the Cax game.  You can also check out the behind-the-scenes stuff of the game on my game development blog. Enjoy! 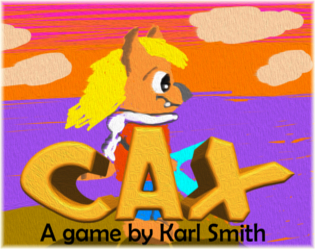 Running Cax requires a Microsoft Windows operating system (preferably Windows 7 or higher), a decent graphics card, and a keyboard. As of now, macOS and Linux are not supported with this game.

Cax the teen hooxtak is a shy outsider of his town on Kovola Island, where he struggles to fit in due to his difficulty to focus. He would typically send his time alone with his magic boomerang, still trying to master his abilities. He’s had this since childhood, obtaining it when separated from his father during an invasion of his home village. Despite his flaws, he’s always happy to help out when possible.

When the peace relic is stolen by the mysterious Lord Stygian, Kovola Island is at risk of attack. Everyone on the is reluctant to do anything other than a planned evacuation, but Cax wants to prove he can do the right thing to save his people. He volunteers to set off on a dangerous quest with his magic boomerang (and eventual reptile sidekick Marnie*) to retrieve the relic*, and uncover the huge secret that Lord Stygian* is hiding.

You may choose to play the game in full screen mode or windowed mode. This setting can be changed in the main menu. In windowed mode, the size of the window can be adjusted to personal preference by using the mouse.

To play the game, download and run the Cax.exe file, and you're all set! 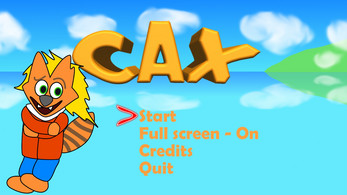 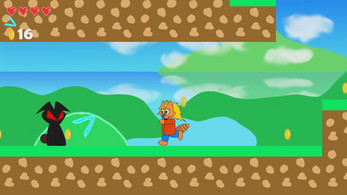 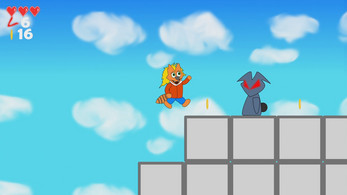